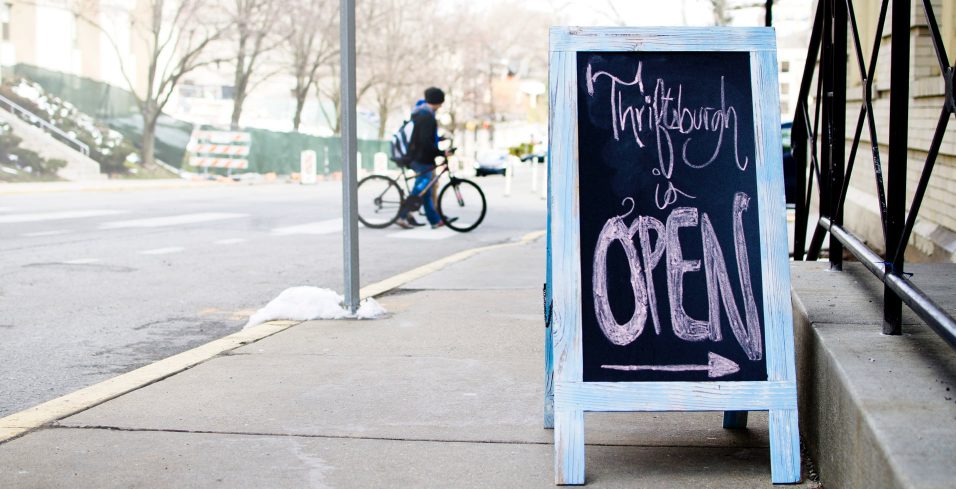 Pitt’s student-run, on-campus thrift store is the University of Thriftsburgh , located in Room 111 in the O’Hara Student Center. out Thriftsburgh has regular store hours, online sales, and holds an annual Fall Reuse Rummage Sale for clothing, household goods, and furniture as students return to campus. 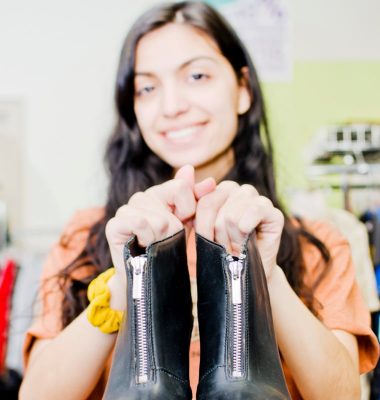 Open since 2015, Thriftsburgh is a working model of sustainability and encourages students to think about how to reuse and recycle in a whole new light! Buying secondhand clothing reduces textile waste, cuts carbon, and promotes a culture of re-use.  Sustainability, social justice, and vintage outfits for all!

Students and employees can also donate their unwanted used clothing into Thriftsburgh during store hours. Thriftsburgh does not discriminate based on brands, they just seek clean, gently used, and fashionable clothing donations. Thriftsburgh even offers students store credit in return for their donations. For every item that Thriftsburgh can accept, they provide 50% of the value for in-store credit that can be exchanged for any item in the store.

Before there was a thrift store on campus, Pitt student organization Free the Planet hosted an annual clothing exchange event called “Swap-a-palooza”. This event happened for several semesters and allowed students to drop off unwanted clothing and leave with something new.

In 2013 and 2014, student projects in the GEOL1333: Sustainability course sought to expand the annual Swap-a-palooza event by establishing a permanent location on campus for students to bring unwanted clothing.  An initial 2013 event collected more than 600 items (which were donated to local fire victims) and the store was approved in concept by the Resident Student Association. Again in 2014, the concept was advanced again, with students collecting more than 1,500 student signatures in support of establishing an on-campus thrift store.

During the following semesters, two students from the original group (Anna Greenberg and Paul Heffernan) worked closely with PittServes, student organization Enactus, and the Student Office of Sustainability to plan the store. Anna and Paul wrote the store mission, budget, logistics plan, student employee positions, and promotional materials. In Fall 2014, Dr. Kathy Humphrey (then Dean of Students) approved Room 111 in the O’Hara Student Center for the “University of Thriftsburgh” on-campus thrift store. 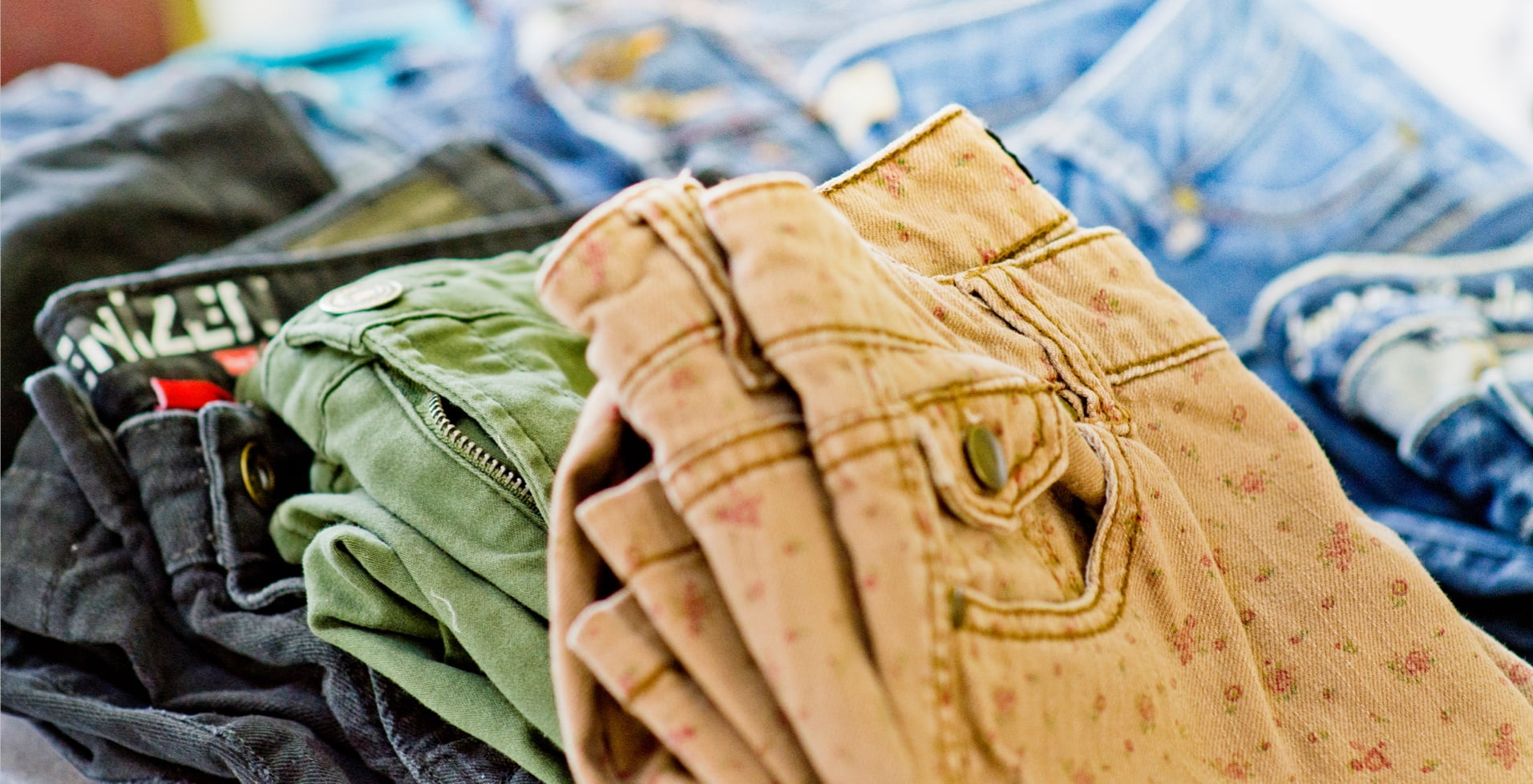 In Winter 2014/15, Anna and Paul worked closely with Pitt staff members (Erika Ninos and Misti McKeehen) and then student Kacy McGill to collect clothing in Pitt’s world-record-breaking clothing collection attempt, Give a Thread. The Give A Thread clothing drive lasted for several months and collected over 110,000 individual pieces of clothing for Thriftsburgh, Goodwill, and other community non-profits.

Thriftsburgh officially opened its doors on March 18, 2015, and has been growing since. 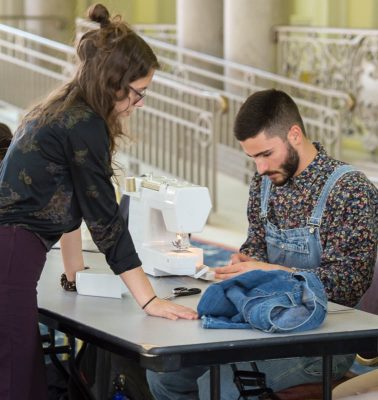